A strain is defined as inbred when it has been mated brother x sister for 20 or more consecutive generations (F20). All offspring can be traced back to a single ancestral breeding pair in the 20th or subsequent generation. Such inbred strains are therefore isogenic (genetically identical)Each inbred strain has a unique genotype and consequently a unique phenotype. Phenotypical differences between inbred strains should be taken into account when designing experiments. Specific strains have been developed for a high incidence of tumors, unique pattern of behavior, specific immune responses, susceptibility to spontaneous diseases and other characteristics.

ORIGIN: H.J. Bagg developed the “Bagg albino” in 1913 from stock from an Ohio pet dealer. Inbred in 1923 by McDowell. To Snell in 1932 at F26, then to Andervont in 1935. To NIH in 1951 from Andervont at F72. To Charles River in 1974 from NIH.To BioLASCO Taiwan in 2004 from Charles River.
COAT COLOR: White (Albino)
RESEARCH APPLICATION: general multipurpose model, hybridoma development, monoclonal antibody production, infectious disease

ORIGIN: From a cross of a Bagg albino female and a DBA male by Strong in 1920. A litter of 4 females and 2 males sent to Andervont in 1930, then to Heston at F35. To NIH in 1951 from Heston at F57. To Charles River in 1974 from NIH.To BioLASCO Taiwan in 2004 from Charles River.
COAT COLOR: Agouti (wild-type)
RESEARCH APPLICATION: safety and efficacy testing, oncology, neurological disorders, retinal degeneration

ORIGIN: Developed by C.C. Little in 1921, from a mating of Miss Abby Lathrop’s stock that also gave rise to strains C57BR and C57L. Strains 6 and 10 separated about 1937. To The Jackson Laboratory in 1948 from Hall. To NIH in 1951 from The Jackson Laboratory at F32. To Charles River in 1974 from NIH.To BioLASCO Taiwan in 2004 from Charles River.
COAT COLOR: Black
RESEARCH APPLICATION: general multipurpose model, diet-induced obesity, transgenic/knockout model development, safety and efficacy testing, immunology

ORIGIN: Developed by C.C. Little in 1909 from stock segregating for coat color. Oldest of all the inbred strains of mice. In 1929-1930, crosses were made between sublines, and several new sublines were established, including the widely used sublines 1 (previously called 12) and 2 (previously called 212). To Mider in 1938. To NIH in 1951 from Mider at F34. To Charles River in 1974 from NIH.To BioLASCO Taiwan in 2004 from Charles River.
COAT COLOR: Non-agouti, dilute brown
RESEARCH APPLICATION: safety and efficacy testing, immunology, audiogenic seizures

ORIGIN: Derived in 1935 from an outbred Swiss colony [N:GP(S)] at NIH. In the early 1970s, while being established as an inbred strain of mice, sensitivity to Friend leukemia virus B strain was discovered. At this time inbreeding of this line for the Fv1b allele was undertaken and the strain was called FVB. To Charles River from NIH in 1994. To BioLASCO Taiwan in 2006 from Charles River.
COAT COLOR: White (albino)
RESEARCH APPLICATION: transgenic/knockout model development

ORIGIN: Developed by Dr. L.C. Stevens from The Jackson Laboratory. During the 1970s, Dr. Stevens introduced this line to the Pasteur Institute of Paris in the laboratory of Dr. J.L. Guenet. To Iffa Credo in August 1996. To Charles River in November 1998. To BioLASCO Taiwan in 2006 from Charles River.
COAT COLOR: Light-bellied agouti
RESEARCH APPLICATION: transgenic/knockout model development, large number of unmyelinated axons in lumbar motor roots. 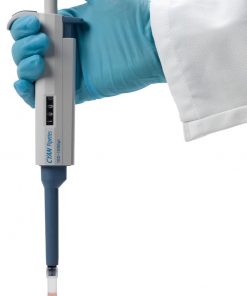 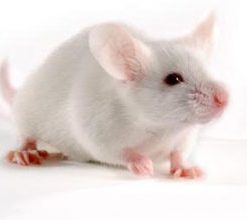